A Louisiana Woman receives $1.2M in her account by mistake. The young lady spend all the money, but she was arrested.

Now she’s under arrest, accused of immediately moving the money to another account and using some of the ill-gotten cash to buy a new car and a house, according to authorities.

According to the investment bank that transferred the money, it was a technical error. When contacted, Kelyn Spadoni ignored phone calls, emails and text messages asking for a refund.

The bank then filed a complaint with the police, Spadoni was arrested and also lost his job.

Here’s How internet People reacted To the Incident: 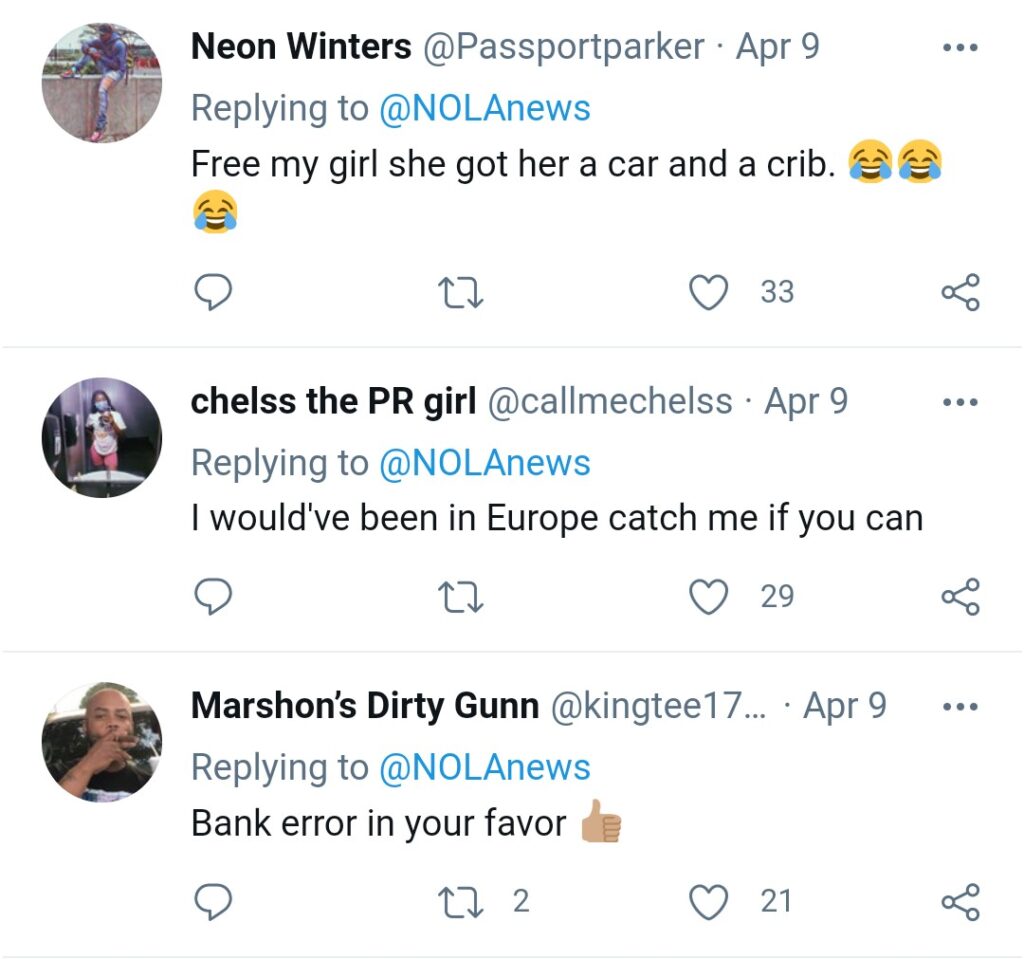 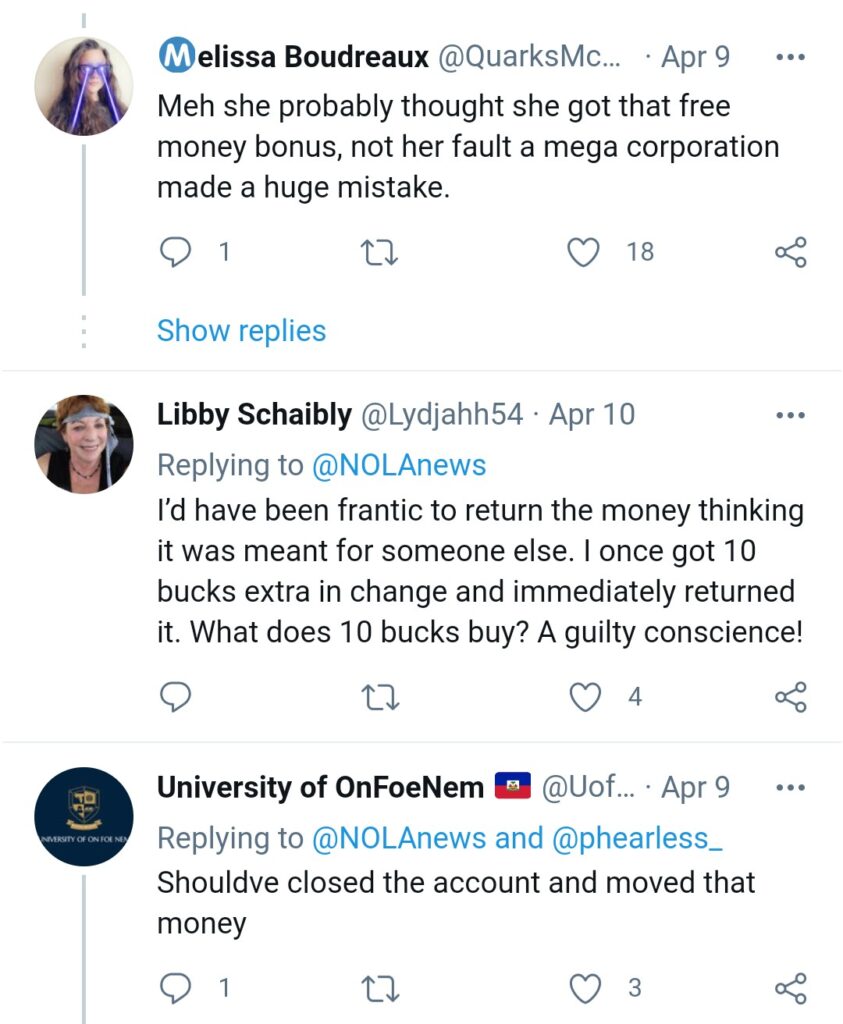 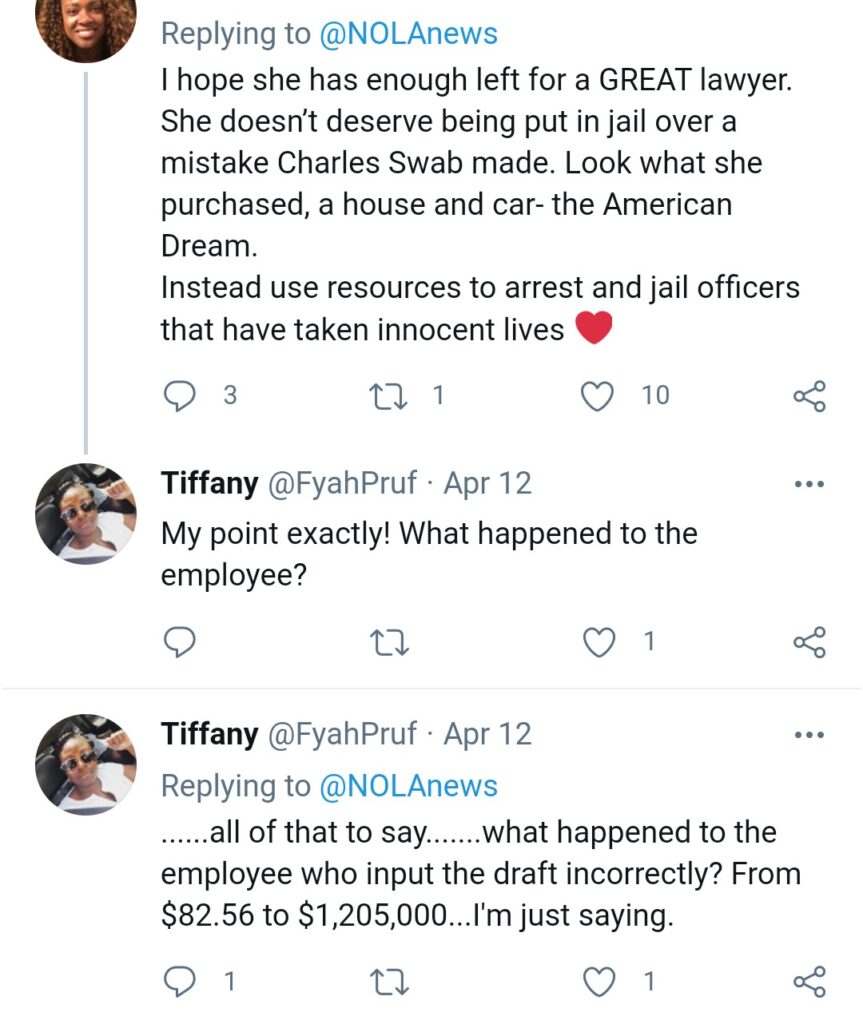 If you’re on her shoe will you return the money or spend it like she did?

Watch Video: Tiwa Savage Reveals How She Shared An Apartment With Davido