wedding is a ceremony where two people are united in marriage, mostly Saturday’s is use for weddings in Nigeria.

it seems like some people have their own reasons for attending Wedding Ceremony.

We ask people to tell us HILARIOUS WEDDING experience their have attended and here’s what they’ve to Say:

I went to wedding somewhere in Anambra state but before going my make up took so much time that wen I got there, I was stunned cos everyone has gone home. I don’t know how they did that wedding oh got there by 4pm and everywhere was quiet like nothing happened, I didn’t see the bride (my friend) I had to stop at the gate and call her cos I thought I was at the wrong venue. She said they are already on there way going home that the husband place is fat so they want to beat traffic. Omo I had to just take few pictures and went home , I felt really bad and funny same time.

On the 23rd of December I decided to kill 2 birds with one stone, I planned traveling home (Nsukka) from Akwa ibom but I decided to branch Aba first to buy some stuffs and pick up my clothes  from my tailor ,,could u believe that two of my clothes were not ready and two were ready (something I gave in 2nd week of Nov), to cut the long story short I slept in her shop and I left Aba by 2pm the next day cos I was not the only one she disappointed,,all the stress I went true made my neck so long like an ostrich on my traditional Wedding day,,but thank God it was a huge success.

The lady already Have  a kid for him, they lived in Thesame house, they dressed up in the same room to the traditional marriage ceremony. The lady reach there carry wine give his BOYFRIEND saying he won’t marry his husband again. Everybody went home in anger. I stayed there to make sure I finish my rice and drink .

I went to a wedding at imo state far journey , imagine the people serving didn’t give me food, once food get to my side it will finish oo just went home with the blender I bought for couple… when u invite me for something na ara adi apu don’t starve me

Hmm my sister/brothers to cut the  whole story short… come sit down as a gentle girl for one wedding in Galilee like that say rice go reash me. I come look.. come see say rice don dey finish and I still dey for back seat my dear I and many others come stand up rush to de rice shearer to demand for our own rice en cone tellus say make we go back to our sit say rice go reach us…rice wey don dey finish o0…I ask am whish kind lie from de pit of hell be diz! …emm cone tell me to calm down O…as a gentle girl I calm down … My people na so I come claim gentle girl miss my rice oo 9..de money wey I spent for flight from aba to Galilee come be waste…

I attended a wedding mass which supposed to start by 10:am, the pride to be was there on time but the groom was no where to be found, the priest started the mass hoping he might come soonest, but unfortunately the mass ended and the groom didn’t show up. The priest waited for so long and decides to retire to the parish house, people went to know what’s holding the groom, only to find out that he was locked inside a room by his ex. All efforts to release him proved abortive till 3: pm when her conditions were met. The groom then came to church and the priest Wed them. 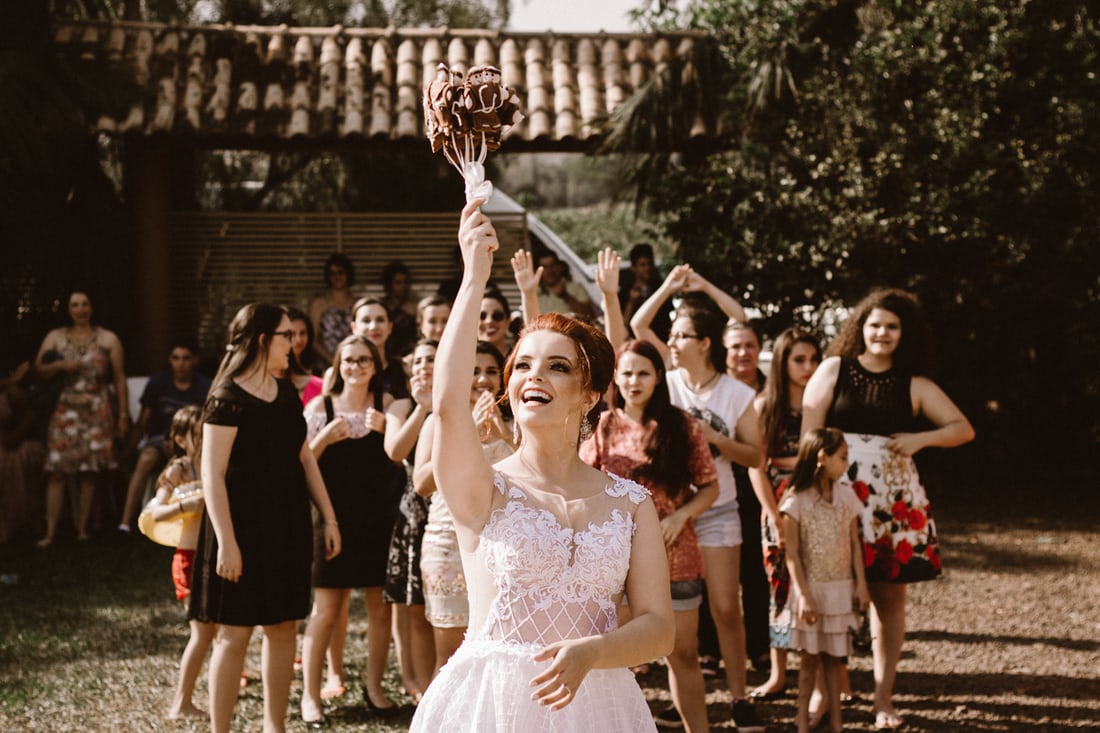 Oya make una hear my own experiences.. Dem dey many but make I drop the latest: Na so we attended this luxurious wedding n at a time, i had to meet some of my childhood mates cos d bride was one of us back in d days. So as i dey exchange pleasantries with my friends, na so my boss com see me, call me for something after dat, I had to go get a seat for myself only to sumptuos delicacies prepared have been long shared past my seat… U know wat dat
cover dat means i just sit dey press phone.

So because the woman is pregnant that’s why the pastor choosed to destroy their happiness that day, at least since they found out on the day of wedding he would have gave them grace of that that day, maybe tell them what to do to ask God for mercy than counciling the wedding Nah.