He is known for hit songs includingCry for me, Ade Akye and Destiny, and the latest titled Black Sermon.

Who is Black Sherif?

Black Sherif, a budding musician, has begun to amass a fortune via his artistic endeavours. The Ghanaian singer and performer Mohammed Ismail Sharrif, also known as Black Sherif, hails from Konongo. His street jam Second Sermon, released in July 2021, helped him become well-known.

His music is played everywhere, from influencer videos on social media to NBA All-Star games, and his captivating melodies and choruses have earned him over 100 million streams on Audiomack.

Black Sherif was born on January 9, 2002. His village of Konongo-Zongo in Ghana’s Ashanti Region is where he was born and raised. At the age of ten, Black Sherif lived with his aunt and other extended family members while both of his parents continued to work abroad. He was exposed to several influences and other civilizations at a very young age due to his itinerant existence.

He completed his secondary school at Kumasi Academy, where he developed a liking for music and dancing, after receiving his basic education at Konongo Zongo Islamic Basic School. He attended the University of Professional Studies (UPSA) in the past and is now enrolled at the University of Ghana.

His March 2022 single Kwaku the Traveller peaked at number one on the Ghanaian and Nigerian Apple Music charts. By August of that same year, it had become the song that had received the most Shazamed globally across all genres. 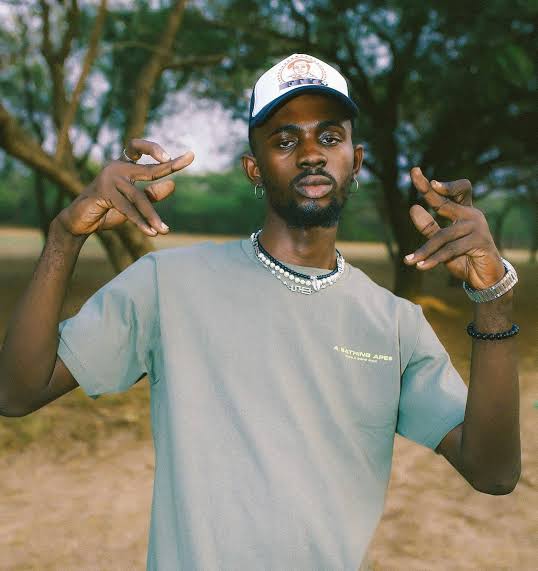 He grew up listening to Ghanaian and Nigerian musicians perform Afrobeat music on the radio, and that encouraged a passion for music. Black Sherif started writing freestyle rap songs in his early adolescence, which earned him the respect of his neighbourhood and schoolmates.

He frequently competed in talent shows in Konongo and was a familiar sight at events hosted by his high school, where he would dazzle the crowd with musical performances. He quickly rose to prominence as one of Konongo’s most loved youngsters, and word of his fame quickly reached other areas of Kumasi. He finds pleasure in dancing as a child and initially entertained thoughts of becoming a professional dancer. But he abandoned dancing to follow his first love, music.

Black Sherif’s love of music grew as he grew older and aspired to become a professional artist. He had decided to create Afrobeats music early on, but because he was good at it, he combined it with Trap and Grime sounds. He stood out from other wannabe musicians thanks to his musical taste. Sherif started honing his sound in his last weeks of high school. In his spare time, he would write songs and go to a nearby studio to record music.

After completing his secondary education, Black Sherif released his debut song, Cry For Me, in 2019. Because of how well the song performed locally and how it made Black Sherif’s talent known to a larger audience, the Ghanaian music business started to take notice of him.

Black Sherif’s debut single, Money, released in 2020, made him famous in Ghana and other regions of West Africa. He has since been riding the wave of popularity with smash tracks.

When Black Sherif released the song First Sermon in 2021, it completely rocked the African music scene. The young rapper gained international attention thanks to the single. By releasing the follow-up single, Second Sermon, he continued to enjoy success.

Second Sermon outperformed First Sermon in sales and opened the door for collaboration with Grammy Award winner Burna Boy. On December 8th, 2021, the remix for the Second Sermon was released. The song quickly shot to the top of the charts in Ghana and Nigeria. The song’s music video was made available in February 2022.

He released Kwaku The Traveller on March 31, 2022, which immediately took the Afrobeats music scene by storm. The song has achieved enormous success. It has climbed to the top of the Apple Music charts in Ghana and Nigeria. Back Sherif made history as the first Ghanaian artist to have a solo single on the Nigeria Apple Music Chart.

Black Sherif won three prizes at the 2022 Music Awards: Hip Song of the Year, Breakthrough Act of the Year, and Hiplife/Hip-Hop Artiste of the Year.

On 11 April 2022, a lawsuit was filed against Black sheriff for alleged breach of contract.

The lawsuit stems from allegations that Black Sherif ignored his investor after he invested in his career.

Again, Black Sherif is said to have signed a distribution agreement with Empire Music without his investor’s permission, despite the fact that he allegedly had a business management contract with him.

His investor, Shadrach Agyei Owusu, the CEO of Waynes Chavis Consult is seeking the court to restrict Black Sherif from performing at events without his authorization.

Black Sherif is well-known at events and concerts and makes a lot of money doing performances. Additionally, he makes money through song royalties. His estimated net worth ranges from $100,000 to $300,000.