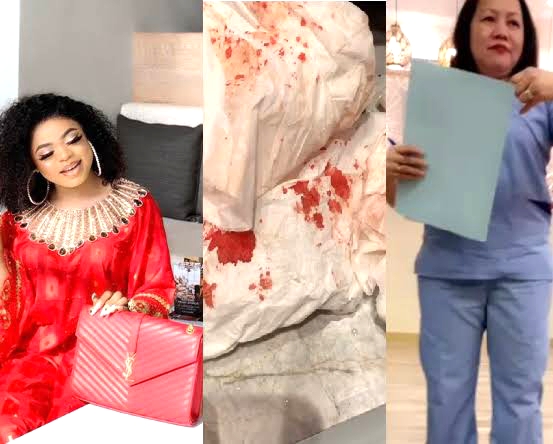 Popular Cross-dresser from Nigeria, Bobrisky decided to record herself during a surgical procedure while believed to have physicians augmenting her figure during an Instagram live session.

In an earlier statement, Okuneye Idris Olanrewaju popularly known as Bobrisky, Who was born Male  but prefers to be called as a woman, said she was leaving Nigeria to undergo a Brazilian Butt Lift surgery to improve her feminine figure. 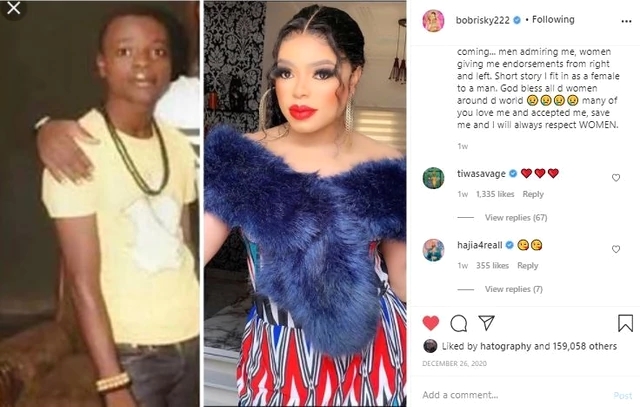 Bob Risky recently announced that she had traveled to the Dominican Republic for the enhancement. Following through on her promise to enhance her body in 2021, she shared the video below from her Instagram livestream, shocking fans.

The Nigerian Barbie doll was awake during the Instagram Live session as doctors worked on her body, and they were audible. Fans were startled and puzzled as to why Bob Risky was awake if serious surgery was taking place.

We are unable to respond to that question either, but you may view the video from the post below to hear what others are saying and leave comments for us as well.

“Bobrisky said he’s going to the Dominican Republic for surgery but he just live streamed his surgery and the folks performing the procedure sound Nigerian. Im worried for him cos why was he awake and doing an IG live during his procedure”, a twitter user, @teefahxoxo tweeted. 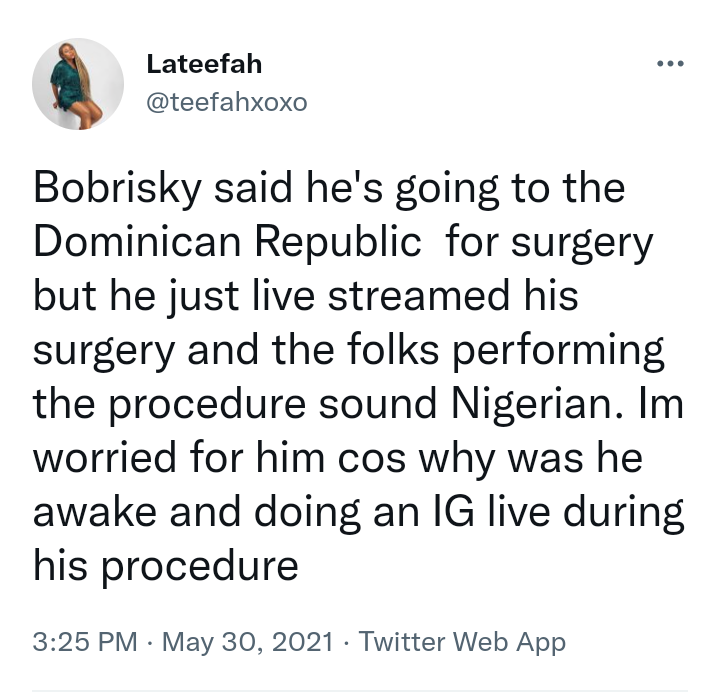