Weddings have always been opulent affairs. A celebrity wedding, on the other hand, is OTT (over the top) – from the gown and the location to the show-stopping entertainment and, if the guests are lucky, a fireworks display.

Here are some of Nigeria’s most memorable celebrity weddings, both then and now.

In 2015, the former Big Brother Naija host and her millionaire daughter married in a traditional wedding in front of family and friends.

The next year, they married in Abuja at a white ceremony.

The guest list for the wedding resembled a who’s who of Hollywood, politics, and business. Timi Dakolo and Noble Igwe were among the wedding guests, with singer Banky W serving as one of the groomsmen.

The bridal couple wore Lavin, Christian Louboutin shoes, Hermès, a Mai Atafo tuxedo for the groom, and a Vera Wang gown for the bride in their wedding outfit.

Cynthia changed into a second and third outfit as the evening progressed, ready to party the night away with family and friends. They celebrated their wedding with an opulent multi-layer wedding cake covered with flowers and spent their honeymoon in Singapore and Dubai.

The pair has two children as a result of their union.

In a private ceremony in 2012, the musician and award-winning actress exchanged vows for the first time. They married in a lavish ceremony in Dubai the following year, 11 years after their first date.

Politicians, celebrities, and business leaders were all invited. Rita Dominic, Don Jazzy, Ini Edo, Kate Henshaw, Basketmouth, Jim Iyke, and Nadia Buari were all present to witness the couple vowing to be together until death do them part. 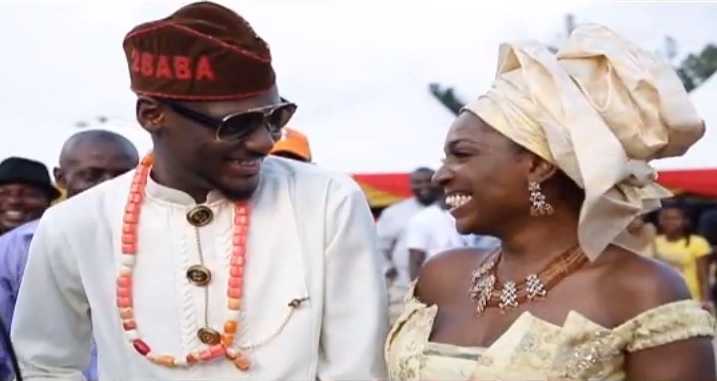 The ceremony was held at a five-star resort, Banky W performed, and all of the guests were transported to a private island for the reception by boat.

It was dubbed the “wedding of the year” by the press. Linus proposed to Stephanie on her birthday in 2010. 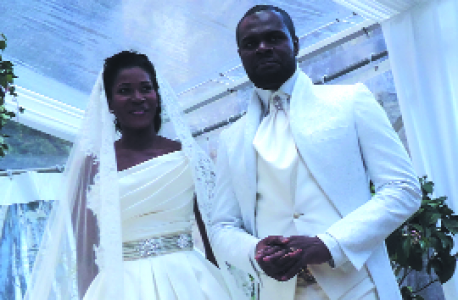 Stephanie, a Nollywood actress, walked down the aisle in a dream wedding outside Paris, France. In a ceremony and celebration that took a little over a year to prepare, their wedding planner didn’t miss a beat.

Their wedding weekend in 2012 was complete with all the trimmings, including a boat ride with family and friends and a fireworks show. The bride wore an Elie Saab gown as she walked down the aisle.