DJ Cuppy is a Nigerian born disc jockey who is also a philanthropist, she advocates for the rights of the younger generation.

Who is DJ Cuppy?

Florence Ifeoluwa Otedola, otherwise known as DJ Cuppy, is a Nigerian disc jockey and Producer. She is the daughter of Nigerian businessman Femi Otedola.

DJ Cuppy was born on 11th November 1992. She lived in Ilupeju for six years before moving to Ikeja where she attended Grange School, Ikeja. She then relocated to London for her GCSEs and A-Levels. Cuppy graduated from King’s College London in July 2014, with a degree in business and economics. She also earned a master’s degree in music business from New York University in 2015. As from October 2021, Cuppy is enrolled and pursuing a master’s degree in African Studies at the University of Oxford.

Cuppy is the daughter of a Nigerian businessman, billionaire, and philanthropist Femi Otedola and his wife, Nana. Nana is an entrepreneur and philanthropist. The Ghanaian lady was born on 2nd August 1966 in London, UK, where she grew up. However, most of Nana’s business investments are in Nigeria. Meanwhile, Florence has two elder sisters named Olawunmi Christy Otedola (Tolani) and Elizabeth Temiloluwa Otedola (Temi) and a younger brother called Fewa Otedola.

In 2014 Cuppy was the resident DJ at the MTV Africa Music Awards in Durban. She then played at the Tatler and Christie’s Art Ball in London, and at the Financial Times Business of Luxury Summit in Mexico City.

In July 2014, she released House of Cuppy as her first compilation mix in London and Lagos, before launching it in New York on 2 September 2014. With House of Cuppy, she produced EDM-esque remixes of songs by leading afropop artists.

In January 2015, Cuppy was featured on the cover of the Guardian Life magazine. The cover celebrated a new generation of African women. In March 2015, Cuppy was named the official DJ for the 2015 Oil Barons Charity in Dubai and became the first African act to perform at the event. She was featured in the 2015 April/May issue of Forbes Woman Africa. 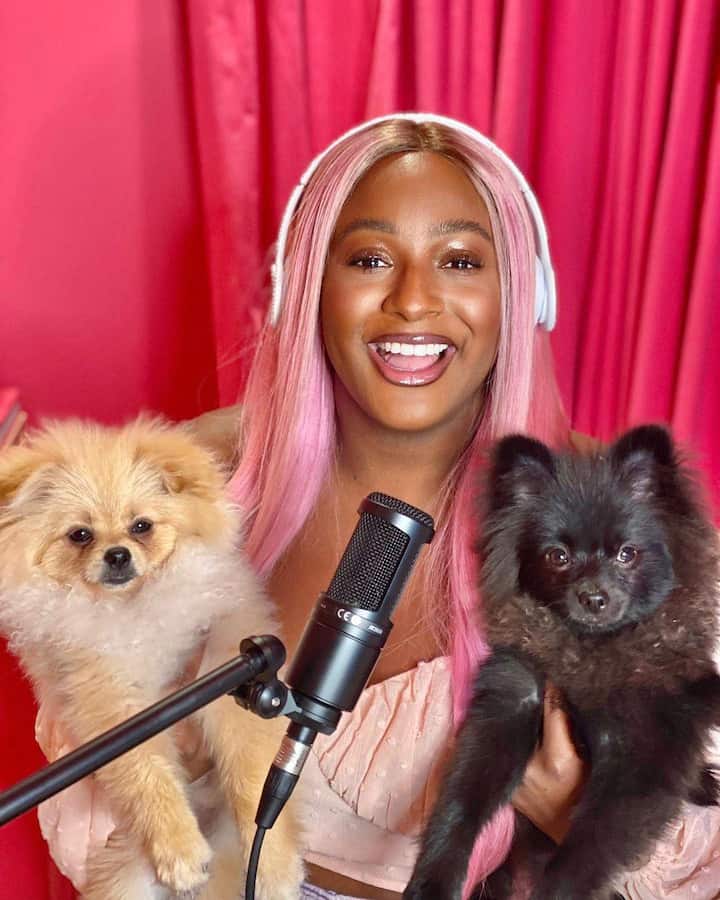 In October 2016, the “Cuppy Takes Africa” tour aired on Fox Life Africa as an 8-episode documentary series. In 2016, Cuppy was the resident DJ for MTV2’s Uncommon Sense with Charlamagne Tha God

She produced two songs, “Vibe” and “The way I am”, which appeared on the “Afrobeats” EP by Young Paris which as released on 24 March 2017. On 13 October 2017, she released “Green Light”, her first official single. The song features guest vocals from Nigerian singer and producer Tekno.

On 5 October 2018, she released Werk, her fourth single featuring Skuki On 19 April 2019, she collaborated with Kwesi Arthur for her fifth single Aben. On 16 August 2019, she released Gelato, here sixth single featuring Zlatan. In 2020, Cuppy was inducted into the Forbes Magazine’s 30 under 30 class. On 28 May 2020, she became the host of ‘Africa Now Radio’ on Apple Music Beats 1

On 16 July 2020, she released Jollof On the Jet, her seventh single featuring Rema & Rayvanny. On 24 August 2020, she unveiled her debut album Original Copy. In February 2021, she partnered with Apple Music to launch their first radio show in Africa. In September 2021, Cuppy was announced as one of the cast members for the Channel 4 reality TV show High Life, a show focussing on the careers of British West Africans.

From January until August 2022, Cuppy hosted the Sunday version of BBC Radio 1Xtra’s breakfast show with the Saturday one hosted by Swarzy formerly of Kiss Radio. They both replaced Remi Burgz, who went on to replace Yasmin Evans on 1Xtra’s weekday lunchtime show.

In July 2018, Cuppy launched the Cuppy Foundation. The following year (November 2019), the foundation organized the Gold Gala and raised over N5bn for the Save the Children initiative Nigeria. Nigerian business Dangote and her father donated to the cause.

DJ Cuppy is one of the richest and artist and DJ in Nigeria with an estimated net worth of $3 million.

Cuppy has been bestowed with lots of ambassadorship contracts and benefits, some of which can be seen below.

In April 2014, Cuppy was appointed by Nigeria’s Minister of Tourism, Culture and National Orientation (Edem Duke) as the tourism ambassador for the country’s “Fascinating Nigeria” campaign. Cuppy became one of Pepsi’s DJ ambassadors alongside 3 others in Nigeria.

On 20 March 2018, Cuppy was announced as an Official DJ Ambassador for Pepsi. She appeared in Pepsi’s “#NaijaAllTheWay” all-star commercial ahead of the 2018 World Cup.

DJ Cuppy’s pink hair is not only her signature look but also her way of inspiring young people to embrace their wild sides and break out of their comfort cages.

She was the first host of Apple Music’s African Radio show. The weekly one-hour program launched in 2020 and is available at 9 am EDT, and its new host is media star Luthando Shosha (aka LootLove) from South Africa.