Sometimes, because of misunderstanding of contractual agreements many people have landed themselves in trouble which as a result ended up in court.

This is also common with many of our Nigerian singers who have had issues especially with their own record label over this same thing.

Here are some Nigerian artisted who have had issues with their record labels. 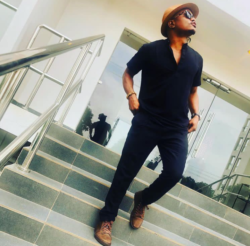 The Chocolate City record label claimed that they may a loss investing in Brymo, stating that they invested 20 million naira on his talent but he failed to even land them 3 million naira.

This was revealed in the court papers.

Since 2013 these two parties have been at each other over this issue. After releasing his debut album, Son of a Carpenter he left the record label, claiming the record label did not do well in promoting the project.

Chocolate City on the other hand accused him of breaching the rules of the signed contract claiming he was supposed to release three albums between the years 2011 and 2016.

For the two parties, it was a story of blame game as Brymo once again blamed his formerlabel of failing to employ a manager for him as he had to do the job of hunting for a manager and paying him from his own pocket.In court, Chocolate City record label denied all the claims made by Brymo stating that he intentionally created crises for himself by giving out the wrong information.

Kizz Daniel problems with his record label, G World Wide started with the success of his first hit song, ‘Woju‘.

The singer, according to rumours at that time began to demand for a review of his contract after the success of the single.

After both parties negotiated over the contract, the contract was updated. Later that year, it was revealed by a close source that Kizz Daniel received a sum of N50,000 monthly by G World Wide as an artiste.

It was later debuncked that at no point was Kizz Daniel paid that sum. After that, a new deal was signed which included him taking home 40% of the performance and 30% of non performance profits.

Alsothe issue of collaboration became a big issue at that time as Kizz Daniel wasn’t given the free will to collaborate with other artistes except in-house artistes who were signed with him such as DJ Shabsy and Sugar boy and that became a big deal especially for his fans and other celebrities who found that act annoying.

Heterminated his contract with them which resulted in him losing his initial stage name, ‘Kiss Daniel’, and other contractual items which were taken away from him. 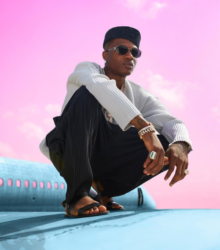 When Wizkid was initially signed to Banky W’s EME, he was on a 25% pay on all performances and singles he did.

This 25% would not cover his food, clothing, accomodation, and school as it was to be taken care of by Banky W – EME Boss.

After dropping a number of htlit songs and albums, he realised that he was no longer a small boy in the music industry and as a result, he demanded that his contract should be renewed and the pay should be increased 50%. This issue dragged and dragged for months, to the extent that Wizkid moved away from the house that the label got for him and bought another in Lekki, Lagos State. The issue got worse after his presence was snubbed at Banky W’s listening party. Since then, their relationship has been rocky. That’s all on this article.Bye for now.

Top Celebrities Who You Never Knew Are From Kaduna State