Guinean singer, actor, social media personality,  Grand P and Eudoxie Yao Get Back Together And Set The Web On Fire With These Photos

Grand P and Eudoxie Yao are back. The famous couple who has experienced turbulence as any other couple has just returned on social networks with pretty pictures that did not fail to react to Internet users.

The Guinean star and the Ivorian bimbo are no longer in cold. In any case, this is what makes believe the recent photos of the two lovebirds that have landed on the net. Grand P and Eudoxie Yao have spent good times at the beach after the Guinean singer decided to return to the Ivorian land to see his sweetheart.

Ah 😌 love 🤞🏖🏖 🇨🇮Yao eudoxie,” posted the Guinean celebrity in the caption of several photos on which the couple can be seen rediscovering their former complicity. It is a release that has something to talk about fans of the two stars. 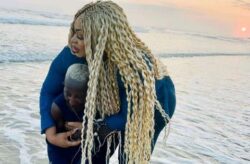 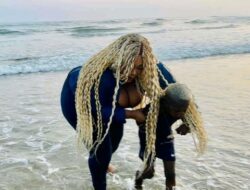 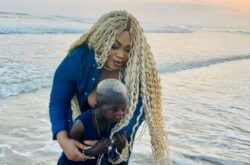 Grand p and Eudoxie show people that love 💕 has no age. You are the pride of all Africa. My international stars,” exclaims one internet user. To another to add: “Love is good heinn👌soyez bénis 👏”.

Another Internet user decided to make the connection with the Pogba case: “Big P, you wear a shirt of the French team like that. Probably from Paul Pogba, by the way your friend. I hope that, you did not maraboulé your wife there eh? The investigations are open. An Ivorian and Guinean judge will deal with this case.

In the meantime, eat your wife and eat love.

Dubai Poop: When Influencers Eat Poop And Get Rich 2022

Queen Elizabeth II has died at The Age Of 96 Years