BBNaija Ex-housemate, Boma has reminded himself of being king as he fired backs at a troll who insulted him over a comment he made during an interview.

It’ll all started in the interview where Boma had called out everyone that criticized him of sleeping with a married woman. The troll messaged him on Instagram, expressing his displeasure with Boma’s interview on Elsplash.

From Boma’s perspective, he thinks everyone who criticizes him of sleeping with Tega, a married woman, is a hypocrite.

Boma fires back at all his trolls and dares them to use their real account to talk to him, if they are brave enough. 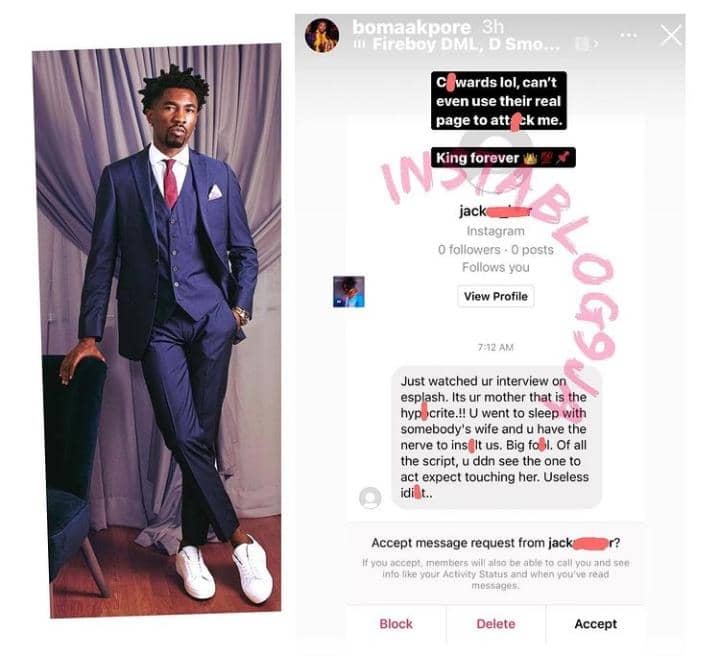 [VIDEO]: Pretty Mike Attends A Birthday Party In Lagos With A Group Of Women Dressed As Animals

VIDEO!: “You told me not to abort the baby” – Whitemoney’s alleged babymama talks about her ordeal with Whitemoney.