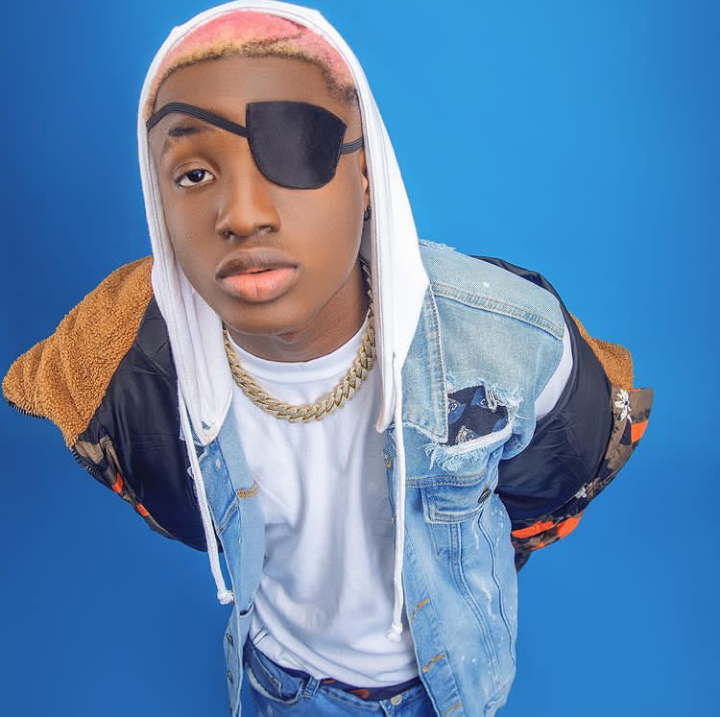 is ruger blind in one eye? In this blogpost we’re going to explain Reason why Ruger close one eye with an eye patch.

Michael Adebayo Olayinka popularly known by his stage name as Ruger, is a Nigerian Afrobeat singer and songwriter. Ruger came into lime-light 2021 after he signed a record deal with D’Prince “Jonzing world record.

What happened to Ruger’s eye?

Ruger has worn an eye patch over his left eye since his emergence in the Nigerian music industry.

His supporters have expressed their displeasure with the reason he usually covers his left eye, saying that he is experiencing problems with his eye and that he is blind.

Does Ruger Have One Eye?

In a recent interview on Max FM, Ruger explained that he is not blind and that he is wearing a patch on his eye to respect someone.

He says “I don’t change my eye cover; it’s just the left eye; I don’t have an eye problem; it’s just my signature,”

Michael ‘Ruger’ Adebayo has stated that he has no problems with his left eye despite wearing a patch over his left eye during performances.

Despite wearing a patch over his left eye during performances, Michael ‘Ruger’ Adebayo has stated that he has no problems with it.

Picture Of Ruger Without Eye Patch

According to a recent image that circulated on YouTube, Ruger is not blind nor does he have any eye problems. Check out the picture of Ruger without an eye patch below.

He mentions the reason in the video below: