Nancy Isime is a renowned multi-talented Nigerian Actress who is remarkably well known in the Nigerian entertainment industry.

Who is Nancy Isime?

Nancy Isime is an Edo born Nigerian Actress, Model and Presenter who in 2016, replaced Toke Makinwa as the presenter of a popular show on Hip TV. She also co-hosted the 2019 edition of The Headies awards with Reminisce.

Nancy Isime was born on 17th of December 1991. She is a native of Edo State. Nancy, she lost her mother at the young age of 5, hence, she was brought up by her dad. She grew up in Lagos where she had her primary and junior secondary school. She later travelled to Benin to complete her senior secondary school education.

Nancy Isimi proceeded to have her tertiary education. She first enrolled on a six-month basic course at the prestigious University of Port Harcourt. She later went to the University of Lagos where she obtained a Diploma in Social Work. Nancy Isime loves social work because she believes” that it enables me to be there for humanity, to be able to give and just help people in general.”

Nancy Isime has had a successful career as a model, TV presenter and personality, as well as a Nigerian actress.

As a model, Nancy Isime has worked with top personalities as she has worked for the likes of “House of Marie”, “Ade Bakere”, “Adebayo Jones”, and “Zizi Cardow”, “Shakara Couture”, “Konga Online” and others. She won the Miss Valentine International beauty pageant in 2009. Nancy Isime also came second in the Miss Telecoms Nigeria beauty contest.

Nancy Isime began her acting career with the TV drama series called Echoes in 2011. Her first time on stage had her nervous, as she even struggled to speak English correctly. Thank God, she had a gentle movie director and a team of talented and passionate people around her, she was able to calm her nerves and get her acts correct. Nancy Isime has worked with big names in the movie industry including John Njamah, Gibson etc.

What Is Nancy Isime’s Believe?

Nancy Isime believes in being hardworking, focused and determined. These have been the secrets that have made her successful in her career as an actress, model and TV presenter. She is the TV host for the popular gossip show titled The Squeeze. She was also the TV presenter for the technology show What’s Hot and backstage segments of MTN Project Fame season 7. Together with Reminisce, Nancy Isime co-hosted the 2019 edition of the Headies Award.

Below are some of Nancy Isime Movies 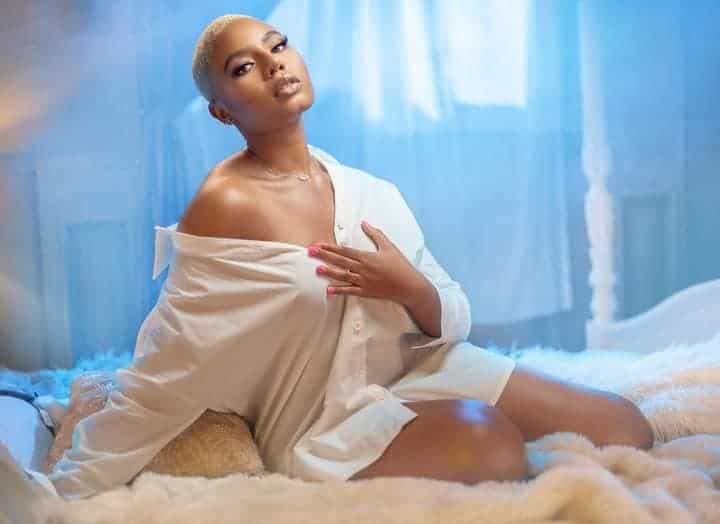 Nancy Isime has received remarkable awards and nominations. These includes:

Nancy is an industrious and hardworking woman in her multiple career paths. She has an estimated net worth of $1.5 million (855 million NGN).

Isime was said to have won the Miss Valentine International beauty pageant in the year 2009. This was followed closely by her first runners-up position at the Miss Telecoms Nigeria pageant. From here, she hit it in the modeling world and worked for popular brands like Konga Online, House of Marie, Shakara Couture, Ade Bakere, Zizi Cardow, Adebayo Jones, and others. In the year 2011, she began her career as an actress in the TV series Echoes. She also appeared in various films in the year 2014. Besides being an actress, Nancy is also a talented television presenter. She hosted the famous gossip show The Squeeze – her first presenting job, a technology show called What’s Hot, and a backstage segment of MTN Project Fame Season 7.

Nancy decided to join the league of Mercedes Benz owners last year when she bought the beautiful Mercedes Benz GL63 4matic worth over 35 million NGN.

Nancy Isime owns an elegant white BMW SUV she never gets tired of posing beside. It is believed that the SUV is the 2018 model, and it has a starting price of over 40 million NGN. The BMW SUV is a bespoke vehicle that is classic and boasts modern technology and a premium interior.