An Album is a body of work by an artiste that shows a collection of his art or craft. For a recording artiste, an album is as important as his record label because it shows the level of work an artiste has put so far in his career.

For some artistes, an album is more important than a single, while for some it is vice versa. The fans of these artistes are always curious about the very day or month they might release the album.

However, in Nigeria there are a couple of artistes that are more interested in releasing individual songs than releasing their album. In Nigeria, there are many talented artistes that released albums in October and November 2021 such as: 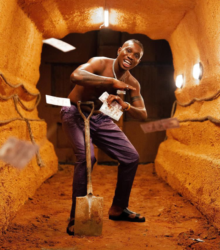 Zlatan, who is a native of Ekiti state and was born on the 19th of December 1994(26 years). He has released some viral songs for the past 2 years, some of them are Yeye Boyfriend, Money no dey Lagos and others. Zlatan is a graduate of Moshood Abiola University, set of 2011, and he graduated with a Bachelor Of Business Administration. He is the originator of the Zanku Leg work and has globalized the dance that it is now a dance step people do outside the country when they are happy. His latest album is titled ‘Resan’ and it is an album with 12 tracks featuring artistes such as Davido, Flavour Nabania e.t.c. 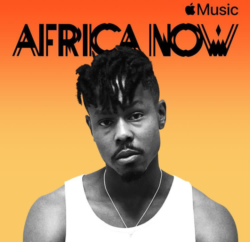 Ladipoe also known as Lasipo Eso. He is an indigene of Osun state, Nigeria. Ladipoe Eso was born on the 29th of April,1992. He studied in University of North Carolina. According to him, he got his name because his roommate would not pronounce his name well. He released first album titled ‘T.A.P(Talk About Poe)’. He released an EP earlier this month titled ‘Providence’. It is an EP with 6 songs featuring label mate Rema, Fireboy and other talented artistes.

Mayorkun also labelled as the Mayor of Lagos isn’t left out on our list of artiste that released a project. Mayorkun originally called Mayowa Emmanuel. Mayorkun is an Afrobeats artistes signed under the umbrella of Davido Music Worldwide. He is a graduate of University of Lagos. His mother is a popular indigenous actress known as Toyin Adewale and she has supported Mayorkun in his music career so far. His album titled Back In Office is one of the most streamed album on various platforms which includes 12 tracks.

These are the list of some artistes that released album within the past two months. Of course,we are still expecting others to release their project before this year runs out.