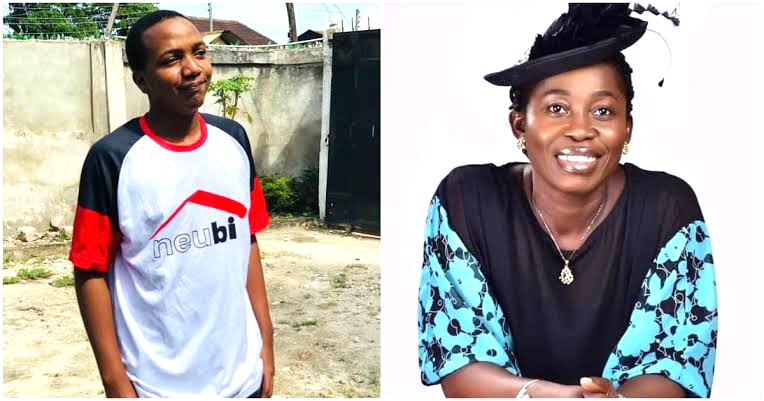 The pastor, who shared his spiritual revelation in a July 2 Facebook post, said Osinachi was currently burning in hell because of his disobedience.

According to him, God alone warned Osinaki to change her ways, but she allegedly refused and continued to use the “tools of Jezebel.”

He wrote: “OSINACHI NWANCHUKWU went to hell for disobedience.

Dear, please read my words carefully. I am not a person who likes to write to condemn people. But if the Lord asks me to do so, I will. People who have been following me for a long time should all know the news I posted that osinachi nwanchukwu failed to get through the gate of heaven because of the decoration of women. When I wrote that, people really reacted.

Some say I’m seeking attention and notoriety on social media, others say I’m riding on someone else’s wings to make a name for myself. I’m still being scolded for three generations, this is too extreme, this is another post, like it or not, this is the truth! ! !

A few days ago, we were praying at a church vigil, and suddenly the Lord appeared and said to me, “Alan, what’s the latest news about the gospel singer osinachi nwanchukwu?”.

I said to the Lord, “I saw a story on youtube recently that they were having a funeral and I saw the coffin in the church and I think they will eventually bury her (I don’t know if she was buried)”

The Lord said to me, “Go ahead and say it again and tell my children what happened. Osinachi went to hell for disobedience, and I warned her, but she would never listen to me.

I warned her several times in different ways, but she still wouldn’t listen to me. She just kept hardening her heart and using those Jezebel tools. She is now terribly tormented in hell because of the Jezebel property she is using, she is burning in the fire.”

Then I saw a hand pointing to the ground with a finger and I heard a voice say, “The woman who sang the ekuweme song is in the depths of hell, she is now in the pain and torment of hell. I am amazed by this hand because it points to the ground, that is, the heart of the earth, which is hell.

Dear friends, I can assure you that the gospel singer Osinachi is in hell right now. Last time, I said that the Lord only told me that Osinachi did not go to heaven, but the Lord did not say that she fell into hell. So, I don’t draw any conclusion.

But today, I tell you, this woman went to hell for using things like earrings, wigs and fake hair. Women of God go to hell every day because they died in Christ, but they have makeup, jewelry, artificial hair, high heels, so-called women’s pants, etc.

In the comments, people said, “So the Lord told you that she didn’t go to heaven because of the worldly decoration, but why didn’t the Lord send you to warn her while she was still alive? Well, today you have you The answer is just as difficult as you say I am an extremist, just like hardened Osinachi.

The Lord told me that he had warned her several times to give up, but she did not listen. The Lord said Osinachi was disobedient and did not listen to the Lord’s warning, and now she regrets disobeying just because she wanted to look normal like all gospel singers. Fame and fortune bring corruption. It hurts me every time I listen to her songs, but I can’t help it, I hope I’m not telling the truth.

Let me warn you daughters of Zion, whether you are a prophetess, an evangelist, a prayer warrior, a deaconess, or a pastor’s wife, whatever your position or title, you must stop using all these things and false nails, oiling your nails, relaxing and straightening your hair, all kinds of jewels, indecent clothes and so on, because you will never go to heaven.

Let this serve as a warning and reminder to all women who still want to be like the world, I wash my hands.”