Yesterday, September 28, it was confirmed that an undefined number of people were killed in a fire that started after two petrol tankers caught fire while trying to avoid a police checkpoint at Omurelu community along the Elele-Owerri Road, Ikwere Local Government Area, Rivers.

According to accounts, the incident occurred when a petroleum task force working in the region flagged down one of the tankers transporting the dangerous cargo.

According to eyewitnesses, a speeding tanker driver lost control and collided with the stationary tanker at the checkpoint while the task force was attempting to ‘inspect’ the tanker driver.

When the two tankers collided, their contents spilled and caught fire. 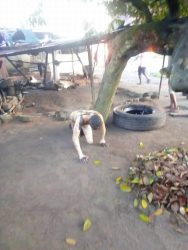