Dubai Porta Potty is a slang term for a woman who allegedly allowed a Dubai billionaire to poop in her mouth in exchange for large sums of money.

It all started in April 2022 when a NSFW and NSFL video began to spread on TikTok and Twitter, sparking discussions, memes and reaction videos referring to the viral video. The video is rumoured to depict a billionaire’s crimes against prostitutes. Discussion of the video is shared under the hashtag #DubaiPortaPotty.

Since around 2015, rumours have surfaced online of models accepting deeply dirty and fetishistic sex in exchange for huge sums of money. Mentions of “Dubai Porta Potty” appeared on 4chan as early as 29 December 2015. The blog ‘TagTheSponsor’, which ran from 2015 to 2019, claims to be a billionaire from Dubai who offers women money in exchange for sex, including dirty sex, and will publish the conversations. On 24 April 2019, Redditor Dhall15 posted a Starter Pack meme about a woman returning from Dubai who smelled bad (pictured below).

On 25 December 2021, Urban Dictionary user AltruistCriminal posted the definition of “Dubai Porta Potty”, writing “An Instagram influencer goes to Dubai to get shitfaced by a rich Arab man to make a lot of money”. 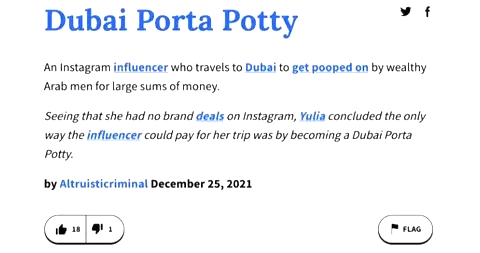 In April 2022, a video of a man defecating in a woman’s open mouth began circulating on social media. It is believed to represent a woman known as “Dubai Porta Potty”. The video appears to be from a blog post published on 4 October 2020 and contains confessions from women who would have held the position. On 25 April 2022, TikToker’s definition of the Dubai Porta Potty gained over 3 million views and 156,000 likes in one week. She also posted a TagYourSponsor video in which a woman agrees to engage in sex for a large sum of money to show that this exchange is taking place (see below). 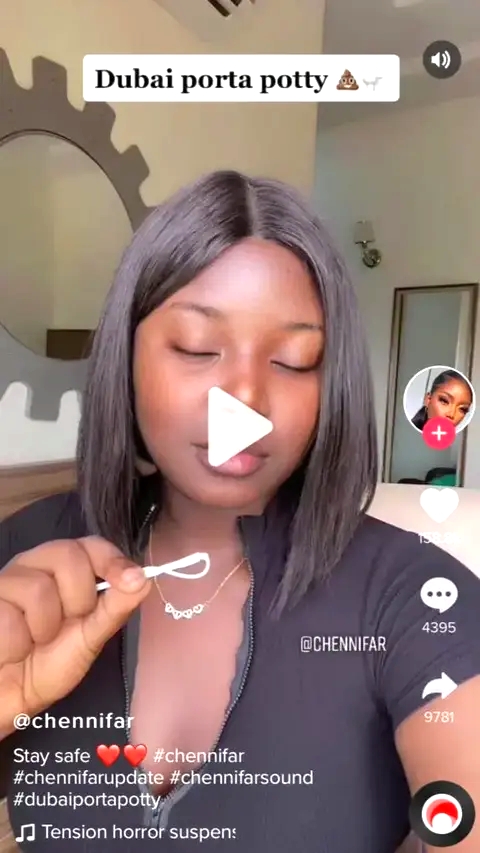 Other TikTok users began finding the video within a week of @Chennifar’s TikTok posting, posting memes about their disgust with the video. For example, on 25 April 2022, user c4wkt posted a TikTok posing as an influencer after playing Porta Potty from Dubai, which received over 748,000 likes in one week (left in the image below). On the same day, user xxchelsaxx posted a TikTok asking several questions about the video, which garnered over 266,000 likes in a similar time frame (see below). 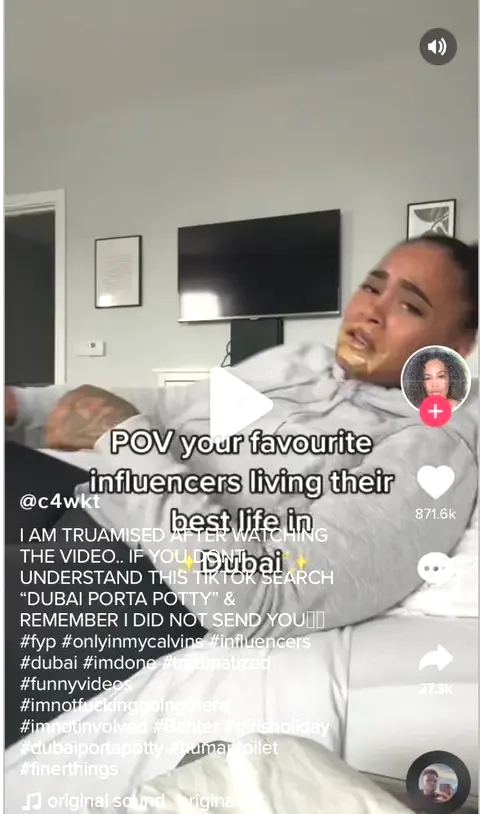 In addition, many Twitter users posted memes about coming across the video and being disgusted. The video trended on Twitter and TikTok under the hashtag #dubaiportapotty in late April and early May 2022.