Sophie Mokoena is the controversial and quite famous journalist in South African journalist who works for SABC as the senior foreign editor.

Who is Sophie Mokoena?

Sophie Mokoena is the public broadcaster’s senior political reporter for television, who have been abruptly removed from the political team. Sophie is in her 40s, even though her exact age have been rumoured, but no grounded age has come to mind. Foe Sophie herself have kept that a secret for reasons best known to her.

Although senior SABC staff confirmed that Mokoena had been taken off the political team in the run-up to the ANC’s elective conference in Mangaung, her political editor, Abbey Makoe, denied it.

She has been noted to be a controversial lady.  Editorial staff are concerned that political pressure was behind Mokoena’s removal, and they described this inexplicable decision and the muzzling of three political journalists on a Metro FM show on Tuesday night as part of a growing trend of censorship at the SABC.

Although Mokoena declined to comment, the M&G was told the experienced journalist was informed last month she would no longer be covering politics and would not be going to Mangaung. Her role at the conference had already been mapped out and she had been appointed co-ordinator of the political team.

What Does Sophie Mokoena Do for A Living?

Sophie is the foreign editing staff at SABC. She joined the SABC in 1994 and was based in Johannesburg. Mokoena was the anchor of a current affairs programme on Lesedi FM which was then called SiSuthu Stereo. She then relocated to Bloemfontein when Lesedi FM relocated to the city. Mokoena was a reporter by then. In 1999 she left Bloemfontein and went to Cape Town where she joined the Political Affairs team. 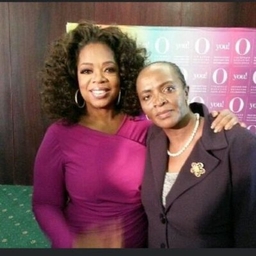 Although Mokoena declined to comment, the publication was told Mokoena was informed in November 2012 that she would no longer be covering politics and would not be going to Mangaung. Her role at the conference had already been mapped out and she had been appointed co-ordinator of the political team.

Mokoena took leave after the news was broken to her. When she returned to work in December, SABC sources told the publication that she was not told what position she would be occupying or given anything to do. The sources said despite her repeated request for a letter outlining why she had been removed from the political team, it was not forthcoming.

In 2019 Mokoena was one of three senior SABC News staff members who were facing numerous charges over the irregular expenditure of R2.5 million involving a foreign news agency and allegations of poor performance. Mokoena was allegedly implicated by a report as having assigned stories to a fairly new international news agency, Features Story News (FSN), without a contract.

This act amounted to irregular expenditure as no contract was in place to justify work done by the agency. As a result, Mokoena was also facing charges for her failure to adhere to SABC procurement processes when appointing the foreign news agency.

Another charge emanating from the arrangement with FSN against Mokoena included negligence, with arguments that Mokoena as a manager should have known that the Public Finance Management Act does not permit for a contract of that value to be signed without going to tender.

However, those close to her said Mokoena cannot be blamed for sourcing content from FSN, stating that when she took over her new position, all contracts with international news service providers such as AFP and Reuters had expired and there was no legal person to deal with the renewal of the contracts.

The sources added that the international news service providers refused to supply the SABC with stories without a contract hence she took the decision to engage FSN as a last resort.

Sophie Monk’s estimated net worth as at the moment, have not been fully clarified.

Yet again, in November 2009, Sophie Mokoena was charged for calling a rival radio station to badmouth the SABC. Mokoena was charged with bringing the SABC into disrepute, dishonesty, breaching her employment contract and contravening SABC rules and regulations.

Mokoena allegedly called Talk Radio 702 in July 2009 during the SABC pay strike, identifying herself as “Fatima” during a show hosted by Redi Direko and voicing an opinion about the troubles plaguing the public broadcaster.

Listeners called in after the show, saying they recognised the voice as Mokoena’s. The charge sheet notes that Mokoena misrepresented her identity.