Nigerian Grammy Award-winning , Wizkid, has won the award for the Best African Act in this year’s edition of the MTV Europe Music Awards (EMA) 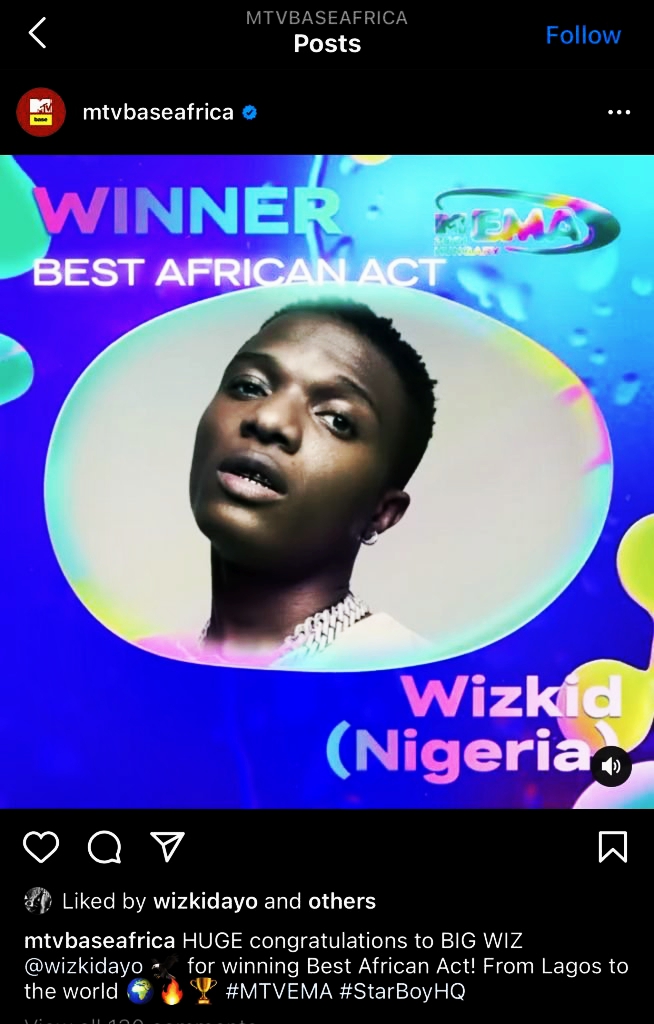 MTV in an Instagram post congratulations Wizkid. “HUGE congrats to BIG WIZ @wizkidayo for winning Best African Act!” . “From Lagos to the rest of the world.”

The song from his ‘Made In Lagos’ album has been at the top of the global music charts throughout the year.

As he continues his world tour, the ‘Starboy’ is scheduled to release his next album soon.

[Music] Wizkid – Holla At Your Boy