Uche Maduagwu has slammed Mercy Eke yet again for claiming to have driven three cars and built a house before joining BBNaija, despite the fact that she claimed to be poor on the show.

According to Uche Maduagwu, Mercy Eke claimed on the show that she was poor but miraculously drove three cars and built a house before BBNaija told her to stop chasing clout with her claims and that God should have mercy on him. 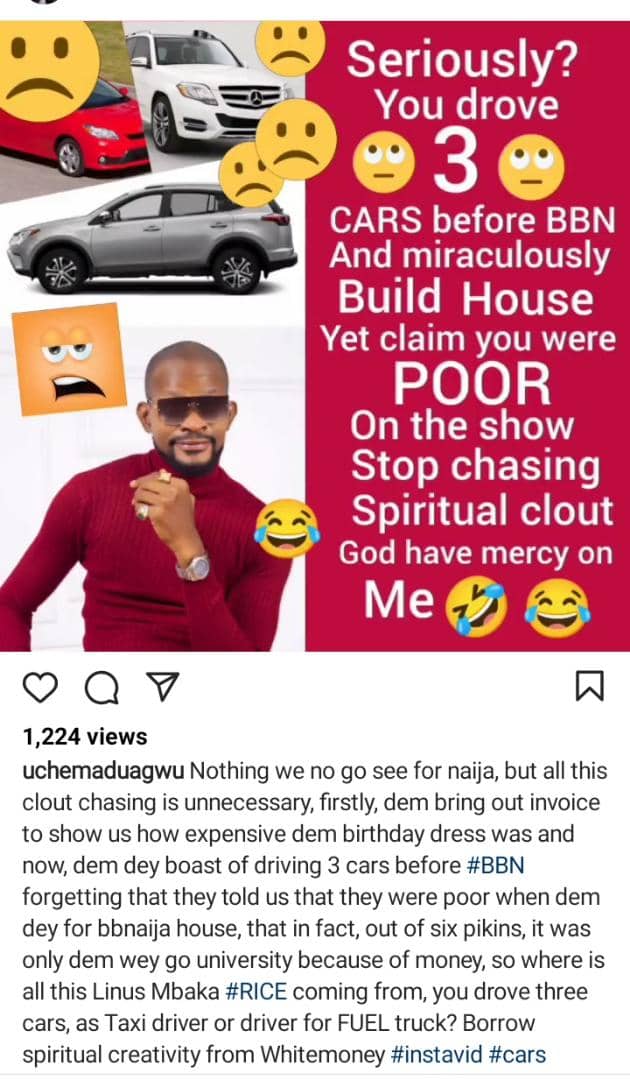 Why Do African Footballers Like To Marry White Women?

Who Is Awa Sanoko “The Vipéra” of The Miss CI?